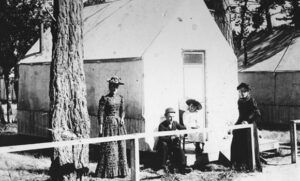 Every city has a history and vibe that makes it unique and the City of Pacific Grove is no different. Founded in 1875 as a retreat by a group of Methodists, the area’s beauty and proximity to the ocean soon brought others to enjoy the natural surroundings. The first meeting of the Pacific Coast Branch of the Chautauqua Literary and Scientific Circle was held in 1879 and soon became part of the Circle’s nationwide educational network attracting travelers from all over the country during the summer months.

These visitors returned soon returned home, leaving the area deserted leading to the famous Robert Lewis Stevenson quote about Pacific Grove, ” I have never before been in any place so dreamlike. Indeed, it was not so much like a deserted town as like a scene upon the stage by daylight, and with no one on the boards.” 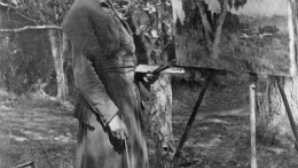 Pacific Grove incorporated in 1889 and beginning soon after, began to attract artists looking for natural subjects to paint. The city became a haven for the plein air movement seeing painters from around the world coming not only visit, but also make the area their permanent home. 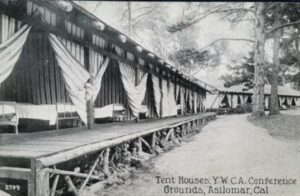 As the City’s reputation grew, the Young Woman’s Christian Association or YWCA, opened a summer camp in 1913. With buildings designed by famous architect Julia Morgan of Hearst Castle fame, the camp flourished and is now the Asilomar Conference Center hosting tens of thousands of visitors each year.

Ultimately these “part time residents” returned and made Pacific Grove their full-time home revealing an interesting point about the importance of visitors to the founding and future vitality of small towns.